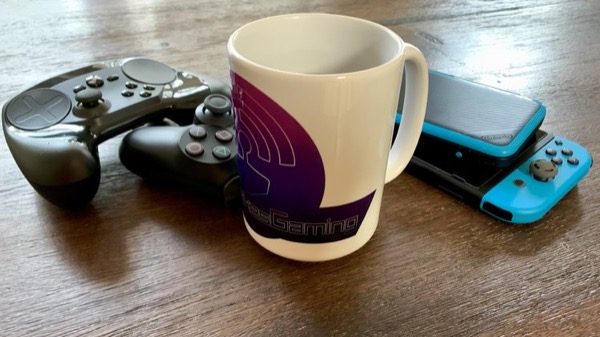 I watched some of Google’s 2019 GDC Keynote broadcast, where they announced Stadia. If you enjoy games, what a time to be alive! When I was young, I never imagined video games would become a multi-billion dollar industry, pursued by some of the largest technology companies in the world.

I appreciate the approach Google is taking: using data centers as a platform instead of a specific box, console, or PC hardware. This eliminates one of the most significant barriers for gamers (and game developers). A current generation console or gaming PC is not inexpensive; leveraging the device(s) I already have (or low-cost devices) makes games more accessible.

While the box-free idea sounds promising, it leaves me with a few crucial questions:

Am I really saving money by not purchasing a box? At first, not investing in a game console or high-end PC sounds like it would save some money. In the long run, I’m not sure that’s the case. There must be some type of subscription or recurring fee to use the cloud gaming service. Purchasing a console or PC may cost more up front, but at least it’s a relatively fixed cost. After the initial investment, you’re only paying for more content (new games/expansions), or add-on services.

If there is no box, then what do I own (if anything)? I’m curious to see how Google and developers will structure licenses for content. If we think about the way most electronic stores work for games now, you purchase a license to use the content. The license (usually) persists even if the device you use to access the content is exchanged or replaced with something else. If games are sold as part of (or in addition to) the service, then what happens if I decide to discontinue Stadia service? Will the license persist if I resubscribe at a later time? Will the license allow me to play the same title on a “box” if I want to?

Perhaps the most significant implication of Stadia is the necessity of a speedy, reliable Internet connection. It doesn’t matter how powerful Google’s data center is if my ISP or WiFi hotspot is slow or unreliable. This may be less of an issue in parts of the world with ubiquitous access to modern fiber-optic and cable Internet service. What about the rest of the world? What if I’m traveling somewhere remote; does Stadia offer ways to enjoy games offline?

From a developer’s perspective, I appreciate Stadia’s attempt to address complex technical challenges. Multiplayer latency, shared environments/experiences, and cooperative play should be less trouble to implement when every user’s “box” is part of one giant LAN party. It seems like Stadia radically simplifies the distribution of core game content, patches, or expansions: publish once and it’s immediately available to all subscribers.

Problems Stadia May Not Solve

I’ve been a gamer since I was old enough to work a paddle controller on an Atari 2600 (early 1980’s). I’ve played a lot of games, and I’ve lost access to just as many games (if not more). I’ve lost access to games I loved because the platform(s) died of neglect or obsolescence. I wonder if instances of Stadia can be virtualized, so they’re always “compatible” (and functional) when newer hardware comes out.

I’m also frustrated by the challenge of trying to remember which games are available on which platform(s). I hate purchasing the same game twice on different stores/platforms because I don’t realize I’ve already bought it. How about a unified catalog of all my games, including content outside of Stadia? That idea seems to fit with Google’s mission to ”Organize the world’s information and make it universally accessible and useful.”

I’m okay with remastering a game, and in some cases I find the remaster superior to the original. It is disappointing when I’m forced to purchase a remaster because my original copy was neglected or abandoned by the developer/publisher. Yes, there are ongoing costs to maintain a game, but surely there is a business model that does not involve selling me yet another license to the same content.