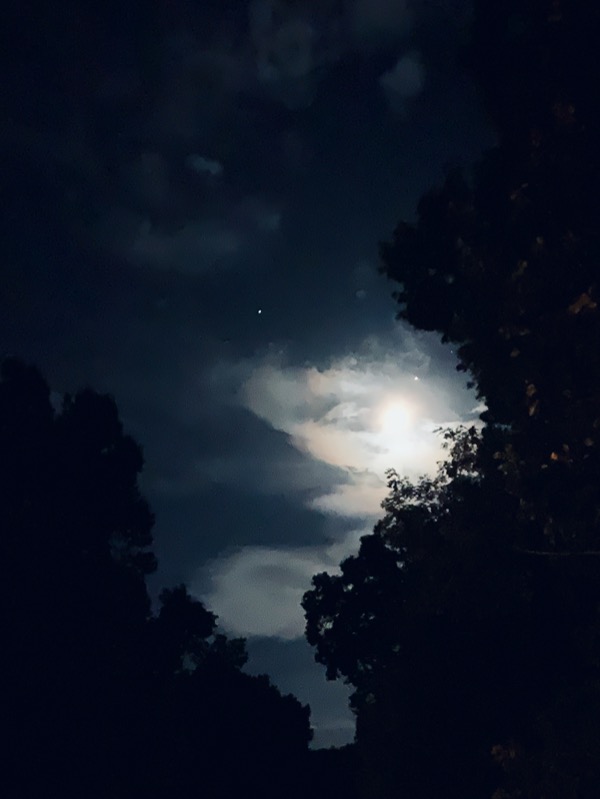 It was the mid-1980’s; I can remember sitting in elementary school as a young man hearing Dr. Martin Luther King Jr.’s moving “I Have a Dream” speech. I also remember learning about Rosa Parks, John Lewis, and others who helped influence American political leaders to pass long-overdue legislation addressing civil and economic inequality to end racism. With my naïve understanding of the world at the time as an elementary school student, I thought racism was indeed history; certainly, if racial inequality and injustice are illegal, our country has progressed and moved on to new challenges. Yet as I reflect on the tragic incidents of hatred and racial injustice that continue to plague our country on this 57th anniversary of the 1963 March on Washington for Jobs and Freedom, it is clear Dr. King’s dream remains unfulfilled.

In recent months I’ve had the opportunity to listen to heart-wrenching accounts of coworkers whose lives are impacted by racial inequality and injustice. I’ve seen the inspirational messages of Black Lives Matter leaders and protesters. I watched The Commitment March today, where leaders in our society recounted the evidence of persistent, systematic racism and America’s desperate need for institutional reform. As I’ve listened, watched, and reflected on so many people’s testimony, it is clear our country is still not a land of freedom and equality for black Americans. It’s also become clear that I have a significant problem: I’ve failed to understand and empathize sufficiently.

I’m Part of the Problem

I may never fully understand racial inequality and injustice because I’ve not experienced it as a white male in my early 40’s. I grew up in a two-story log cabin, on the backside of a farm, in rural southeastern Virginia. My father was a firefighter and worked side jobs as a mechanic or cutting down trees to provide for his family. My mother stayed home to raise my siblings and me. I don’t come from a family of substantial wealth or political power. Even so, I was born with privilege.

My privilege is a life without the negative forms of overt racism: abuse, discrimination, oppression, or police brutality. My privilege is also evident in the subtle (and arguably, more sinister) forms of racism, which benefitted me somehow. For example:

These are just a few of the top-of-mind privileges as I’m writing this article; there are many more not listed here. Some of the things I’ve listed here seem “normal” and frankly should be normal for everyone. The problem is many people are denied what I’ve taken for granted as “normal” because their skin color wasn’t like mine.

These privileges were not something I chose or obtained for myself, but the result of cultural conventions and institutional practices favoring white males over people of other ethnicities or genders. To be clear, I surrender all the glory to God for every (unmerited) blessing I’ve received. Yet I’m saddened to think there were moments in my life when I benefitted at the expense of others who don’t look like me. I’m disheartened by the notion opportunities in my life were likely offered based on my skin color just as much as my God-given talents, education, experience, professional merits, or character.

Yet my sad and disheartened realizations are nothing compared to the frustration, pain, and loss so many black Americans have endured far too long in America. Please understand I’m thankful to live in America, and there is nowhere else I would rather live. Yet “the land of the free” described in The Star-Spangled Banner is an illusion. The promise of “liberty and justice for all” enshrined in The Pledge of Allegiance is often denied to Americans who don’t look like me. The aspirations of our country’s founders and the dream Dr. King shared on the steps of the Lincoln Memorial will never be realized until every American can pursue life, liberty, and happiness without culturally or institutionally imposed oppression.

I was born white, and I confess there are privileges I’ve benefitted from (often unconsciously). I’m not proud of these privileges; it’s disturbing to think what seemed “normal” for most of my life were privileged forms of access & opportunities. It is evident racial inequality and injustice are enormous, complex problems; otherwise, the legislation passed many years ago would have succeeded in ending racism. If the laws succeeded in their aim, what I wrongly presumed to be “normal” would indeed be normal for everyone.

Yes, there are political and legislative things we can do to facilitate change. Perhaps more importantly: just as cells in the human body work together to perform vital functions and combat illness, we as individuals within society must cooperate to eradicate racial inequality and injustice. If we are to change biased cultural conventions and institutional practices, we must individually recognize, confess, and resist bias. Change begins with you and me; each of us has a role in the fight against inequality and injustice for the sake of those living today and future generations.

Change is not a passive process; it consumes resources, time, and effort. We might choose to resist change, but it still happens. We might claim to be “passive” when confronted with change, but this is resistance disguised as intentional inactivity. Imagine change as a constant force, hopefully for better, sometimes for worse. We are each accountable for our response to change: will we be a catalyst for positive change in the fight against inequality and injustice, or will we resist it?

Here are some things I plan on doing as a catalyst for positive change. I’ll start by investing time and effort to listen, look, and learn how pervasive racial inequality and injustice are in so-called “normal” cultural conventions and institutional practices. There’s one thing I’m confident I understand when it comes to racial inequality and injustice: I don’t know what I don’t know. If I’m to have any chance of becoming a better member of society or encouraging others to do likewise, I must listen, look, and learn as much as I can.

I’ve never been confident when it comes to confronting others; more often than not, I prefer to remain passive. Yet with matters of racial inequality and injustice, I’m beginning to understand remaining “passive” is, in essence, apathy towards racism. It’s not helpful to profess appreciation for racial diversity yet remain silent when we witness inequality or injustice. We must courageously confront and call-out every symbol and manifestation of oppression by its real name: racism.

As a parent, I’m troubled by the idea racism is something one generation teaches the next. I want to do more than talk to my sons about racism. I’ll try to expose white privilege for what it is and help my children identify it and dismantle it when possible. It’s not enough to merely inform my sons about the enormous and complex problems with racism.

Finally, I hope to demonstrate the principles and values of anti-racism by modeling it for my children. Much of that will happen through my words and actions as a parent in the years ahead as my wife & I raise them to become functional members of society. Part of that will happen when I publish this article and ask you to hold me accountable and consider joining me in this journey towards change.

I believe one day, Dr. King’s dream will be fulfilled, and society at large will recognize the inherent dignity and God-given value of every human being. I hope the day comes soon where people in America and countries around the world dwell in a “land of the free” with “liberty and justice for all.” I know by God’s grace, we can change as individuals and as a society so that every person has equal access and opportunity to all the “normal” things privilege takes for granted. The question remains: will we be a catalyst for positive change in the fight against inequality and injustice, or will we resist it? Ultimately, time will reveal our choice, for better or worse.