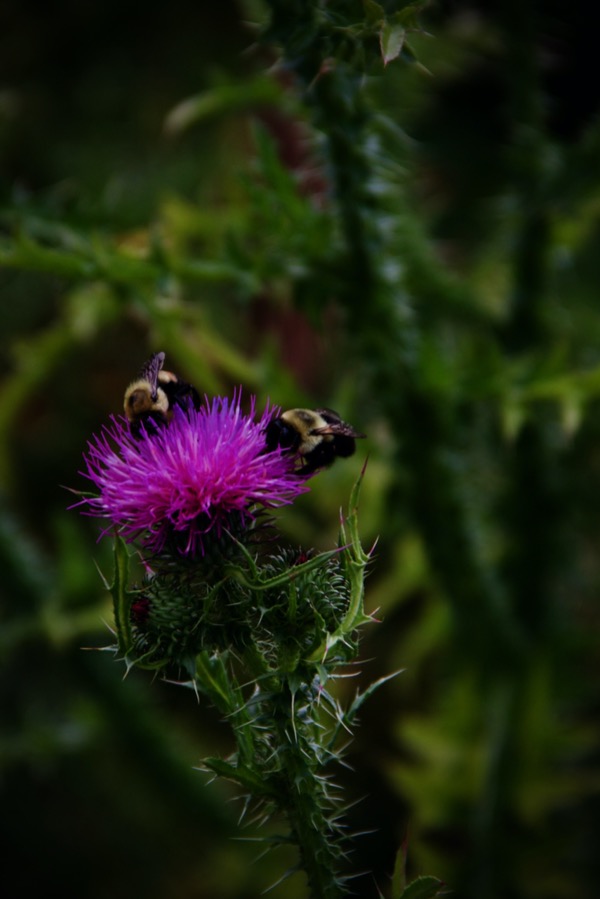 At the beginning of 2019, I downloaded a copy of all the data associated with my Facebook identity and initiated the time-delayed account deletion process. I sent a message to my family and friends ahead of time, so they knew I wasn’t going “off-grid” or doing anything drastic. I was just exhausted with this particular social networking service.

While Facebook made it easy to post/share/broadcast information to “friends,” it did little to make any of those relationships more intimate or meaningful. For me, Facebook devolved into more of a chore than a pleasure. Being “social” on the network involved an implicit obligation to keep up with the feed of carefully worded status updates, staged photos, unwanted ads, misinformation, and occasional fits of outrage seeking empathizers.

Now I find myself experiencing similar feelings when confronted with the daily tweet barrage in my Twitter feed. When I first started using the service, it supplanted my use of RSS for keeping up with new content from various blogs and news outlets. For all the convenience it offered, just as with Facebook, Twitter devolved until I found myself spending far too much time scrolling past tweets of marginal value.

Social media creates an illusion of human interaction, delivered through endless digital feeds of likes, dislikes, follows, unfollows, replies, retweets, and more. While a user may have a bonafide connection with a “friend” or follower on these networks, feed scrolling is a far cry from direct interaction with another person. At best, something in a user’s feed may prompt you to interact directly through alternative channels like text messages, phone calls, video chats, or face-to-face meetings.

Sometimes “Free” Can Be Costly

After exploring my Facebook archive, I was surprised at how extensively the service tracked and correlated every “friend” or follower, or things I “liked” or viewed with my profile (with questionable accuracy). The same was true when I reviewed the correlations Twitter made with my profile, some of which I found concerning. To be clear, Facebook, Twitter, and similar services are ultimately businesses, not benefactors of social betterment. I understand their need to generate revenue; I’m just not comfortable with business models contingent upon covertly compromising my privacy or security.

It bothers me when I reflect on how Facebook and Twitter used, sold, and shared their algorithmic insights derived from my profile and interactions. I admit it was my fault; I willingly accepted the lengthy, amorphous terms and conditions for using the “free” social network. I permitted them to use my information as a product/service offered to their paying clients. At the benign end of the spectrum, my data was used by businesses to conduct targeted marketing of products or services based on a “friend” or follower, or something I may have liked, viewed, or mentioned. It’s creepy how specific (and persistent) targeted ads can be.

At the other end of the spectrum, it’s terrifying to imagine the ways activists, politicians, and other “paying clients” might use social media to influence or perhaps manipulate society. Not to mention incidents where bad actors compromised accounts or weaponized user data with objectionable motives (e.g., greed, spreading misinformation, meddling in elections). Taken together, I tend to be suspicious, if not outright cynical when it comes to social media feeds.

Social media can be an effective platform for sharing brief bits of content, especially if it’s amusing, witty, funny, or likely to incite an emotional response (e.g., cute/kind/pretty). Free speech can be a beautiful and powerful tool; social media excels at amplifying and accelerating “viral” content with broad appeal. It’s beneficial and uplifting when humankind’s best and most edifying expressions go viral. Conversely, damage, destruction, and division are the byproducts when humankind’s worst and most sinful expressions spread at Internet speeds.

It’s exceedingly rare to see social media used for meaningful reflection or long-form discourse. Brevity is preferred, although it compromises context and depth. Seriously, TLDR is a tempting “shortcut” given the onslaught of information we encounter on any given day. Even so, many of the complex challenges and problems we face today (e.g., pandemics, justice, equality) demand much more than a tweet or trendy hashtag if we’re to have any hope of understanding and responding competently.

It’s quick and easy to share reactions to headlines & subtitles. It requires time and effort to read the research, reflect, then share an informed response. Social networks seem to value snappy click-bait over thoughtful dialogue. The resulting problem, in economic terms, is when the information market demands velocity instead of quality, the supply of meaningful signals diminishes into a surplus of high-speed noise.

Ultimately, a downward spiral develops where social media participants unwittingly contribute to the problem. When we “friend” or follow, “like” or view the latest bit of trendy information, we risk unintentionally accelerating and amplifying controversial content or misinformation. I believe Walt Kelly depicted human-caused predicaments such as this with exceptional clarity:1 “We have met the enemy and he is us.”

There is a looming question each of us must answer when it comes to (anti)social media: why? How does social media compel so many people to participate despite the problems and risks? One possibility: fear. We’re afraid of missing out on something. We’re scared of feeling alone or disconnected. The truth is, we’re settling for faux-socialization. We’re choosing artificial interaction because it’s less costly and less intimidating than pursuing relationships with others.

Another possibility: laziness. It’s easy to let automated algorithms select and serve up an endless feed. It requires time and effort to interact directly with people or research and process information. It’s tempting to excuse ourselves, citing a supposed lack of time to gather a balanced diet of healthy information. We may as well let the machines force-feed us whatever “junk food” information the algorithms deem palatable. Besides, everyone else is doing it. Right?

Part of me likes the idea of social media as a platform with aspirations of social betterment. Social media could be a tool for meaningful discourse and thoughtful interactions without monetizing (compromising) user privacy or security. The problem is, a sustainable business model looks expensive to users in comparison to “free” alternatives.

For now, I believe a little less compulsive noise, and a bit more thoughtful listening, reasoning, and reflection are in order. Until a new social media platform emerges focused on privacy, security, and social betterment, I’m quitting Twitter. I’m not going to add to, accelerate, or amplify the noise. Now I can allocate more time and effort towards reading, researching, reflecting, and I’ve one less excuse for not pursuing meaningful relationships with others.

Maybe I’m not alone. Perhaps you’re feeling the same way. If so, I hope you’ll consider disconnecting from the high-velocity noise. Imagine your life without (anti)social media; I think you’ll find it’s a little quieter and a bit nicer.